You are here: Home >> About >> International Collaborators 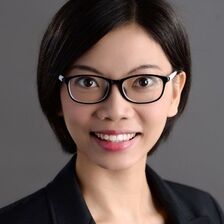 Xinxin Han is a Postdoctoral Fellow at the Tsinghua University School of Medicine in Beijing, China. Dr. Han is a recent recipient of her PhD in Public Policy and Administration (Health Policy) from the George Washington University Trachtenberg School of Public Policy. Dr. Han's work has focused on examining workforce transformation in patient-centered medical homes, the roles and responsibilities of community health workers in federally qualified health centers, physicians willingness to accept Medicaid patients by percentage of revenue comes from Medicaid, the use of unlicensed assistive personnel in hospital settings, and the use of telehealth in National Health Services Corps grantee sites. Prior to joining Tsinghua University, she worked as a Senior Research Associated for the GW Mullan Institute, a research intern in the State Health Access Data Assistance Center, a research assistant in UMN Rural Health Research Center, and a policy research intern in TakeAction Minnesota. Dr. Han also holds a MS in Health Services Research, Policy and Administration fom the University of Minnesota School of Public Health and a BA in English from Guangxi Medical University, China. 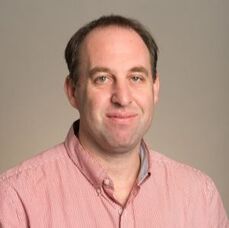 Jonatan Konfino, MD, MSc
Center for the Study of State and Society, Buenos Aires, Argentina
​
Jonatan Konfino is a medical doctor and researcher at the Center for the Study of State and Society (CEDES), one of the premier research centers in Argentina, focusing on social medicine, health literacy, mentorship, and non-communicable diseases. He previously completed a Master’s degree in Clinical Effectiveness and is a current PhD candidate in Medicine at the University of Buenos Aires. He is a professor in Public Health at the Universidad Nacional Arturo Jauretche, a public university in the outskirts of Buenos Aires where more than 90% of students are the first generation of professionals in their families.

Working as programs coordinator and then as a National Directorate at the National Ministry of Health (2010-2015), he played a role in adding the NCD epidemic to the political agenda. He designed the national health promotion agenda, implemented strategies to decrease the burden of vectorial diseases, and improved the national health surveillance system, among other initiatives. Dr. Konfino is also an Atlantic Fellow for Health Equity Senior Fellow.

Leana S. Wen, MD, MSc
Visiting Professor; Distinguished Fellow at the Fitzhugh Mullan Institute of Health Workforce Equity
​
Dr. Leana Wen is an emergency physician, public health leader, and a passionate advocate for patient-centered healthcare reform. The author of the critically-acclaimed book, When Doctors Don’t Listen, her TED talk on transparency in medicine has been viewed over 2 million times. In 2019, Dr. Wen was named one of TIME magazine’s 100 Most Influential People. Currently a Visiting Professor of Health Policy and Management at the George Washington University Milken School of Public Health, Dr. Wen is also the Distinguished Fellow at the Fitzhugh Mullan Institute for Health Workforce Equity.

Previously, Dr. Wen served as the Health Commissioner for the City of Baltimore, where she led the nation’s oldest continuously operating health department in the U.S., founded in 1793, with 1,000 employees committed to improving well-being and combatting disparities. Under her direction, the Baltimore City Health Department led the country in health innovations and was recognized by the National Association of County and City Health Officials as the Local Health Department of the Year. Facing an unprecedented number of people dying from opioid overdose, Dr. Wen issued a blanket prescription for the opioid antidote, naloxone, to all 620,000 Baltimore residents. This program saved nearly 3,000 lives in three years. Dr. Wen started Vision for Baltimore, which provides glasses free of charge to every child who needs them, and championed B’More for Healthy Babies, a public-private collaboration that reduced infant mortality by nearly 40 percent. She expanded trauma and mental health services; secured funding for Safe Streets, a program to treat gun violence as a contagious disease; and led public health campaigns on vaccinations and childhood obesity, and racism as a public health issue.

Dr. Wen has also served as the President/CEO of Planned Parenthood Federation of America, where she led a national health care organization with over 600 health centers and a presence in all 50 states. As the first physician to lead Planned Parenthood in nearly 50 years, Dr. Wen worked to expand comprehensive care to vulnerable women and families, and she piloted initiatives in maternal health, mental health, and substance addiction prevention and treatment.
Dr. Wen graduated summa cum laude from California State University, Los Angeles at the age of 18, and earned her medical degree from Washington University School of Medicine before becoming a Rhodes Scholar. She obtained her master’s degrees at the University of Oxford and completed her residency training at Brigham & Women’s Hospital and Massachusetts General Hospital, where she was a Clinical Fellow at Harvard Medical School. She has served as the Director of Patient-Centered Care in the Department of Emergency Medicine at George Washington University and a consultant with the World Health Organization, Brookings Institution, and China Medical Board.

Currently, Dr. Wen serves on the Board of the Baltimore Community Foundation and on the Dean’s Council of the University of Maryland School of Public Health. She has been the Board Chair of Behavioral Health System Baltimore, American Medical Student Association, and American Academy of Emergency Medicine (Resident & Student Association), and has served on Boards including Baltimore Museum of Art, Baltimore’s Promise, and Baltimore Healthy Start. Her past advisory Board service includes governmental, nonprofit, academic, and corporate entities including the Patient-Centered Outcomes Research Institute, Council on Graduate Medical Education, Lown Institute, and Accolade Inc.
​
The author of dozens of articles in scientific publications including The Lancet, JAMA, Health Affairs, and British Medical Journal, Dr. Wen has given six TEDx and TEDMED talks. She has been an op-ed contributor for the Washington Post, National Public Radio, and Baltimore Sun, and is regularly featured on NPR, CNN, PBS, MSNBC, ABC, and CBS. A Fellow of the American Academy of Emergency Medicine and Academy of Medicine, she has received recognition as Modern Healthcare’s 50 Most Influential Physician Executives, American Public Health Association’s highest award for local public health work, World Economic Forum’s Young Global Leaders, and Governing’s Public Officials of the Year.